Physical Sciences Breakfast Lecture Series: From Dark Matter to the Evolution of the Universe 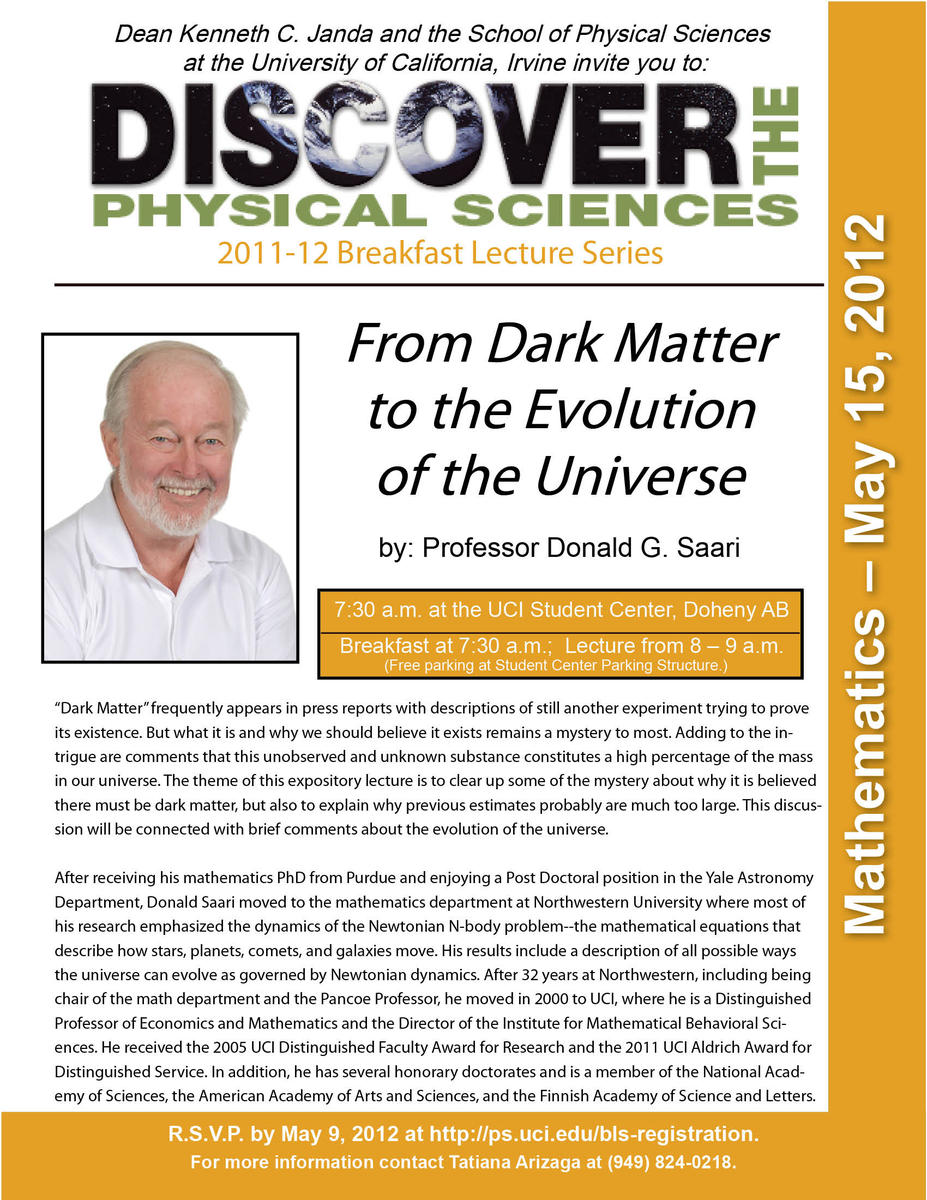 After receiving his mathematics PhD from Purdue and enjoying a Post Doctoral position in the Yale Astronomy Department, Don Saari moved to the mathematics department at Northwestern University where most of his research emphasized the dynamics of the Newtonian N-body problem--the mathematical equations that describe how stars, planets, comets, and galaxies move. His results include a description of all possible ways the universe can evolve as governed by Newtonian dynamics. After 32 years at Northwestern, including being chair of the math department and the Pancoe Professor, he moved in 2000 to UCI, where he is a Distinguished Professor of Economics and Mathematics and the Director of the Institute for Mathematical Behavioral Sciences. He received the 2005 UCI Distinguished Faculty Award for Research and the 2011 UCI Aldrich Award for Distinguished Service. In addition, he has several honorary doctorates and is a member of the National Academy of Sciences, the American Academy of Arts and Sciences, and the Finnish Academy of Science and Letters.